With current rising global prices of food and land, many parts of the world are experiencing a new phase of land enclosure and a parallel shift from individual and community control to corporate control of land, water, and other farm inputs. Behind this lies an on-going battle for food and agriculture between large-scale, industrial, energy-intensive, earth-warming, water-wasting, unsustainable forms of agriculture production. On the other hand, a small-scale alternative that claims to feed the world sustainably and to provide employment and income to a greater number of people. Without a focus on socio-economic and policy change, it will be hard to transition the agriculture system on a sustainable path.

The food insecurity and environmental problems require new partnerships, structures and types of relations that facilitate coordination and cooperation with farmers’ and peasants’ organizations as key actors for agriculture sustainability. Policy-makers are at a crossroad in developing adequate policies, programmes and concrete actions for such transformation which includes access to land, water, credit, and markets, above all the right to cultivate and use local seeds, as well as participatory research and learning schemes.

Access to land is an essential approach to reduce poverty. Its use as a progressive factor as well as its role towards access to agrarian institutions for efficiency. The land is accessed through different forms of tenure including the land lease. The leased land is a critical issue in many states of India in terms of differential impacts on efficiency and equity. 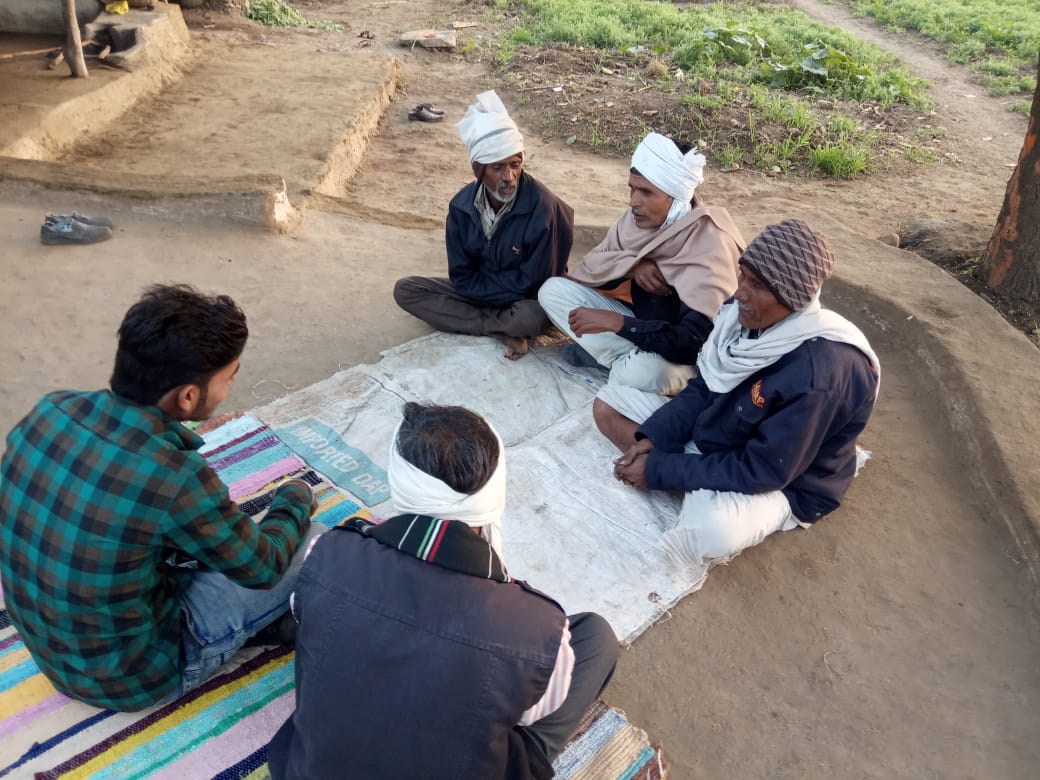 Harnaam Singh, a progressive farmer from Khanda village had initiated for land lease with a tenant farmer Prakesh Singh. He had been part of SAFBIN program regulated by Caritas India in collaboration with Manav Vikas Sewa Sangh (MVSS) at Vidisha district in Madhya Pradesh. Information about “Madhya Pradesh bhumiswami & bataidaar key heet ka Vidhey 2016” was discussed in smallholder farmers collectives (SHFC) shared by village research person (VRP) to reduce the risk of land dispute between landlord and tenant farmers and optimise the utilization of land resources judiciously by smallholder farmers to security their food and nutritional requirements.

An informal mutual agreement was initiated for the first time ever between Harmaan Singh (Landlord) and Prakash Singh (Tenant farmer) based on the information shared by village research person in consultation with SHFC and village committee. The agreement mainly highlighted the nature of lease inclusive of pre and post cultivation utilisation of the particular piece of land for one year and its compensation to the tenant farmers in case of any natural disaster that happened during the tenure period.

It was very hard to manage his family food requirement since there was no secure leasing process while the kharif crop was either under the mercy of monsoon and or many climate threats. This year, his village khanda among the one to witnessed 28 percent above normal rainfall and was enough to washout everything. Mr. Prakash was also on among the victim to lose his complete farm taken under a verbal agreement. He was completely lost and decided to leave his village in search of livelihood. 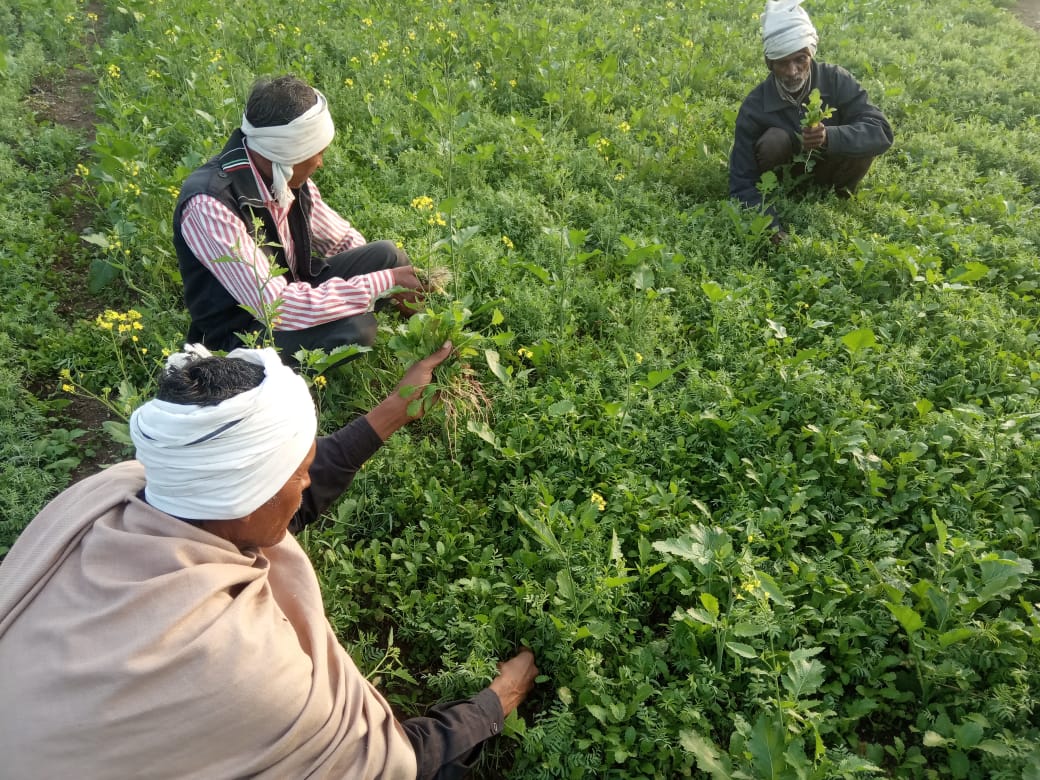 Prakash was identified along with other 60 trial farmers during the assessment of crop damage due to uncertain heavy rain. The same has been put forward in the SHFC meeting and recommended by the respective village committee to the necessary compensation from the local government.

Many a time we failed to produce required lease documents due to our pre-dominant practice (i.e. verbal agreement) which made us more vulnerable. The benefit of being SHFC member is to keep us update regarding various government schemes and entitlements. This leasing process through SAFBIN helped me to receive Rs. 7300.00 as compensation from the Government towards the crop loss due to heavy rain which was usually paid to the landowner. 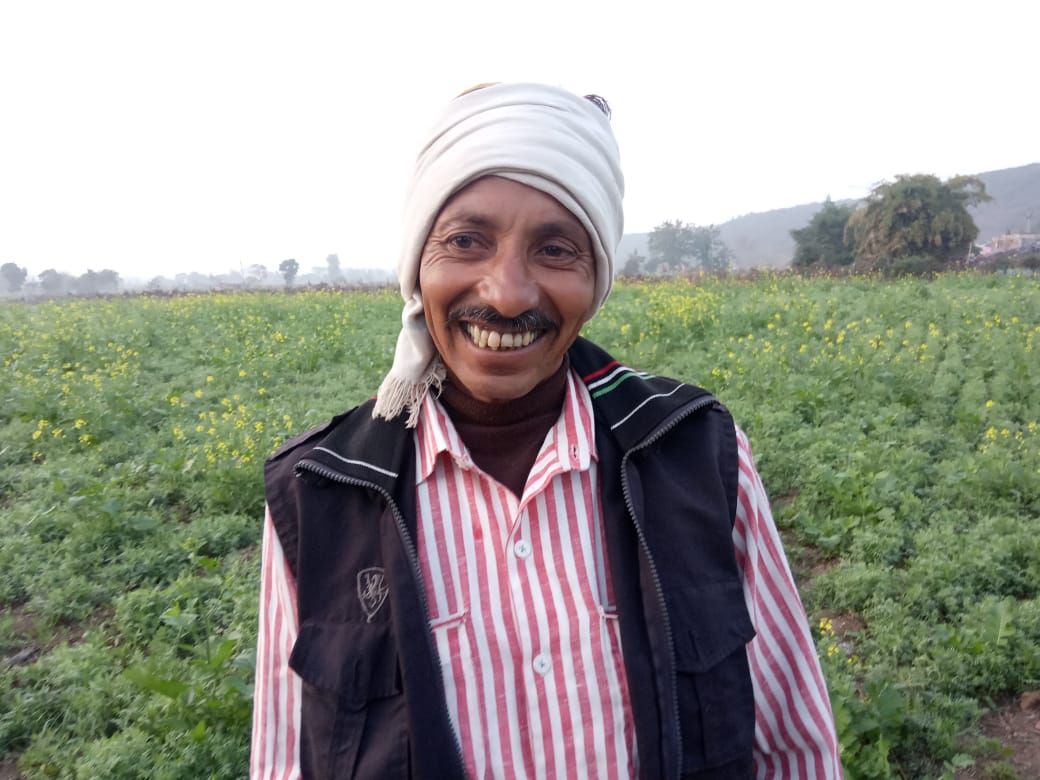 I humbly extend my gratitude to Caritas India, Manav Vikas and SAFBIN for making smallholders like me self-reliant which helped to build mutual consent and clarity towards land leasing, Mr. Prakash Singh shared.