Mr. Vijay is one of the SHFC members of “Jawahar kisaan samooh” Jaitpuri. He continues farming even in the present scenario where many farmers feel that farming is not profitable anymore, due to pests and diseases, stagnation of crop yields, shortage of labor and high cost of cultivation. He used to cultivate paddy and Kodo millet in his 2acres of land in rainfed condition. Due to poor harvest and financial condition, his family mainly depended on minor forest produce (MFP) from nearby forest.

Since the inception of SAFBIN program, he learned about farmers’ led integrated farming system (IFS) taking livestock as a major component to it. He took the initiative and convinced his family members on IFS with cattle model (livestock as a major component) in-spit of all risk and uncertainty associated considering the changing climatic conditions. 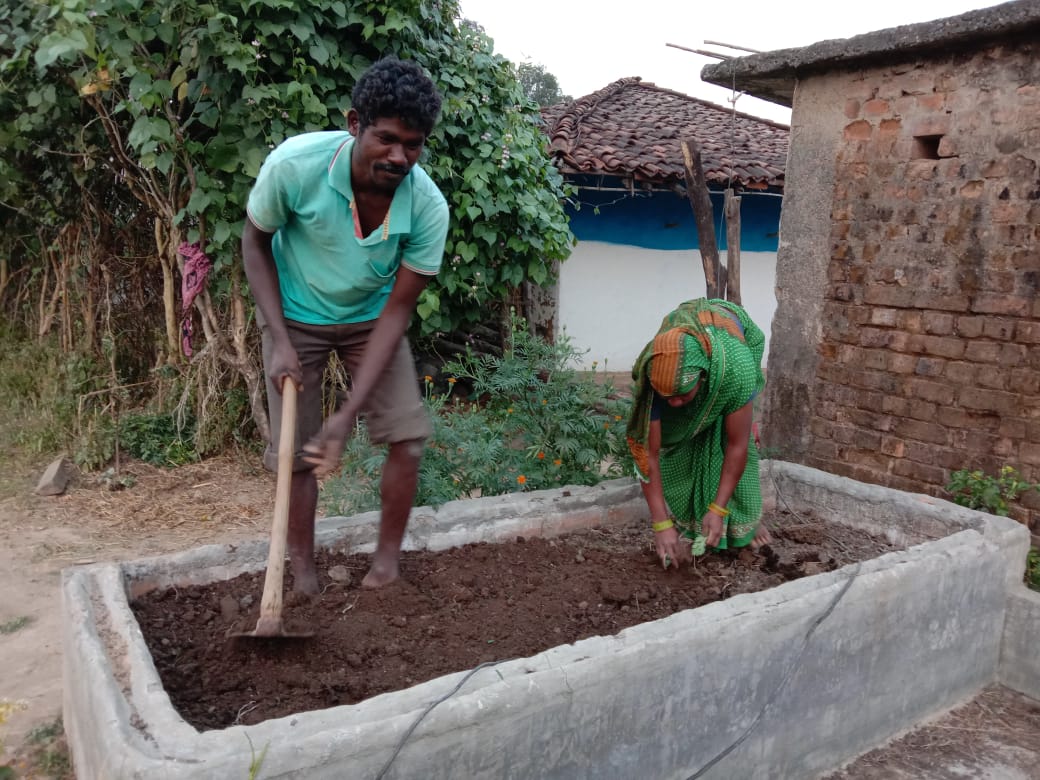 According to Vijay, Cattle is an integral part of the farming system because of the complementary and supplementary contributions between both. One of the major advantages of a cattle-based integrated farming system is that there is less or almost no dependence on external farm inputs (i.e. expensive chemical fertilisers and pesticides). This helps to protect my farm ecosystem by keeping the soil fertile and healthy with increase micro-nutrients and moisture control ability for a longer period as compared to the past which leads in an increase in farm productions. 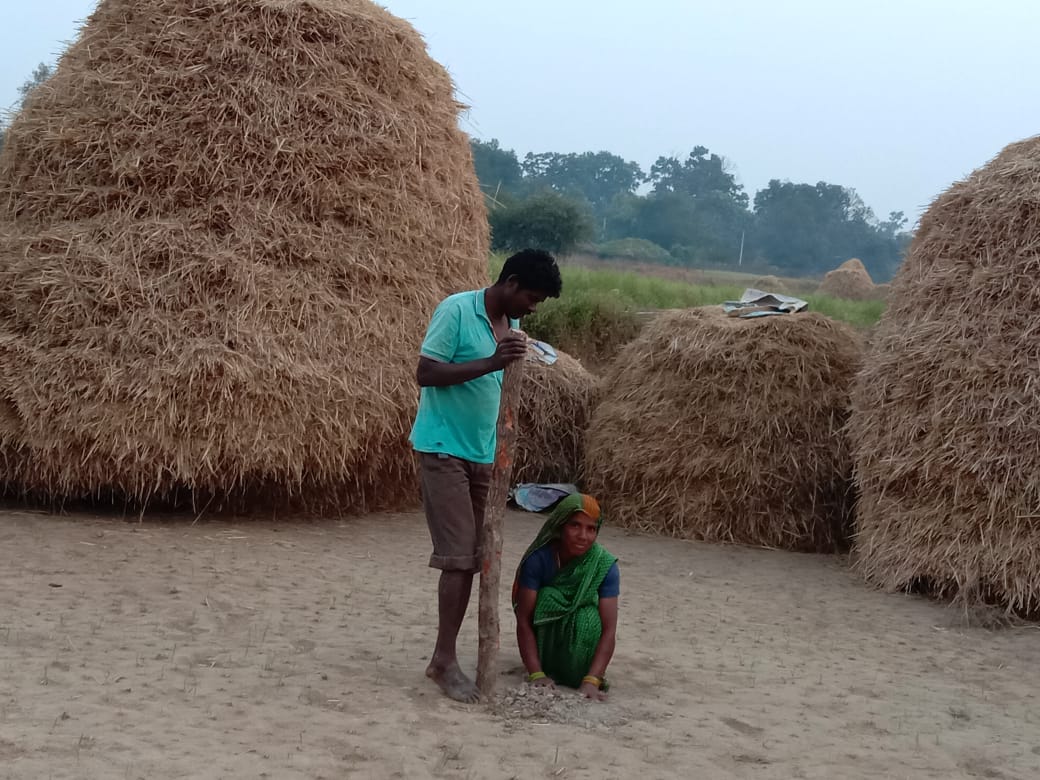 In line with the farmers led IFS orientation, Mr. Vijay followed all instructions very carefully. He took one innovative step and allowed his cattle to graze in his field in the day time for the whole offseason. This way the dung and urine of the cattle are allowed for absorption by the land in-situ method. This farmyard manure enriches the soil fertility and helps to reduce weeds. Along with the open grazing, he used to give fodder (Paddy straw & other vegetable waste) during the lean season.

Due to natural grazing, Cattles are hardly affected by fertility and reproductive problems. Since they leave the whole milk according to their custom helps the calves to grow healthy. He collects enough cow dungs and urine to prepare home-based manure and bio pest repellents. This helped him to save almost Rs. 4500.00 and Rs. 1200.00 from one season buying expensive farm inputs from the market while expecting a good yield from his farm.

Cattle based integrated farming system is a way of life for me now because of the reliability of the low cost & eco-friendly process, reduced dependency on external inputs by promoting and establishing connections among the farm components for judicious utilisation to reduce my input cost and get a quality harvest.

He has been now recognised as a progressive farmer and is well known for his rich knowledge and experience in cattle-based integrated farming systems. He does not hesitate in sharing his experience with farmers and other senior officers in agriculture and allied departments.